Catherine read English Literature at Bristol University before teaching for many years in Cambridge, during which time she also pursued & developed her love of the decorative arts, selling her own silk paintings & embroideries.

Her inspiration derives in part from the works of Gustav Klimpt, but also from the symbols & motifs of the ancient world & the Orient.

On meeting Simon Rich, Catherine began to apply her skill to ceramics, with a particular interest in lustre work & enamels & the process which she now uses is long & labour-intensive.

Real gold, platinum and copper as well as mother of pearl are used to achieve special effects, with pieces being lustred twice and then fired four more times, making them fully heat resistant.

Now based in South Wales, Catherine has exhibited her ceramics in England & Wales as well as in Japan (at the Ambiente Exibition in Toyko) & also has work in the ‘Collection Adolf Egner’ (European Ceramics since 1950) in Koln, Germany. 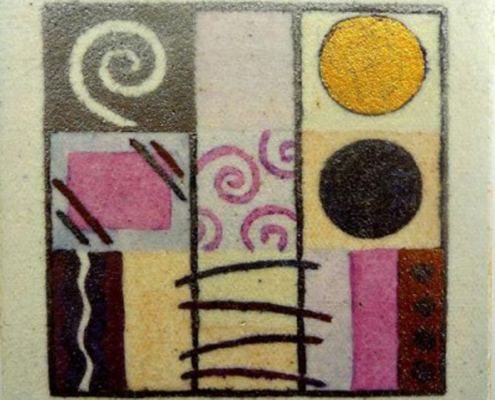 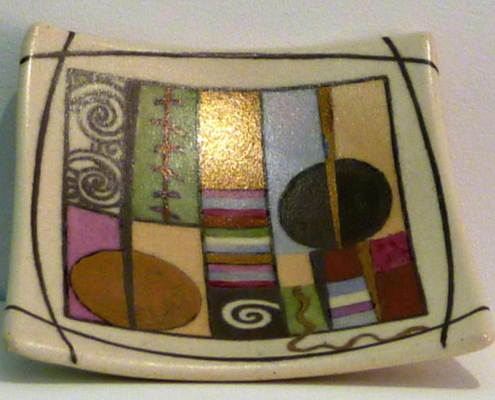 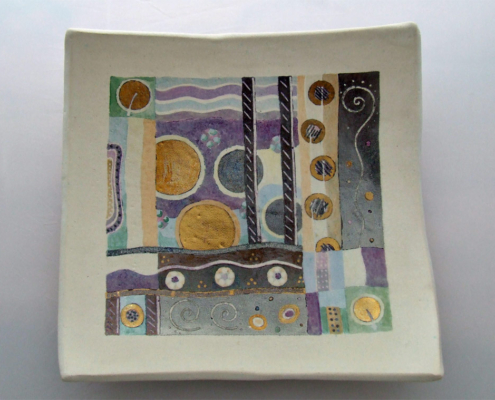 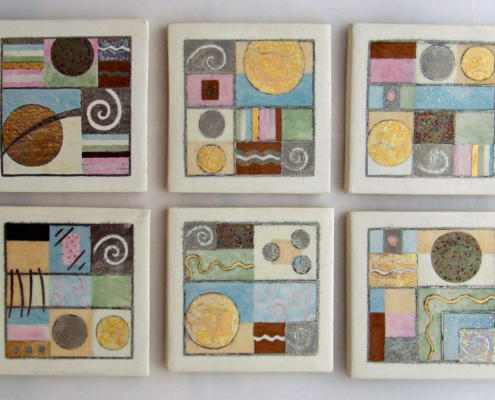 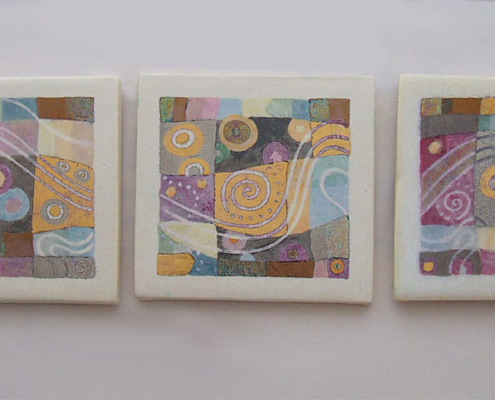 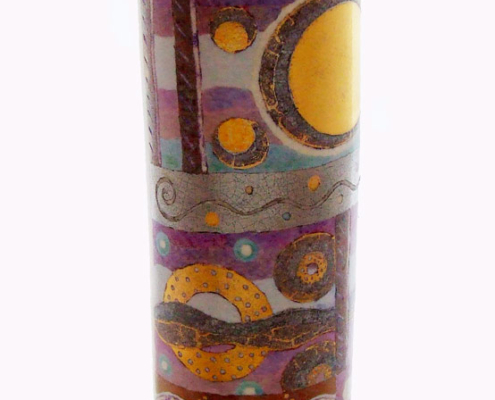 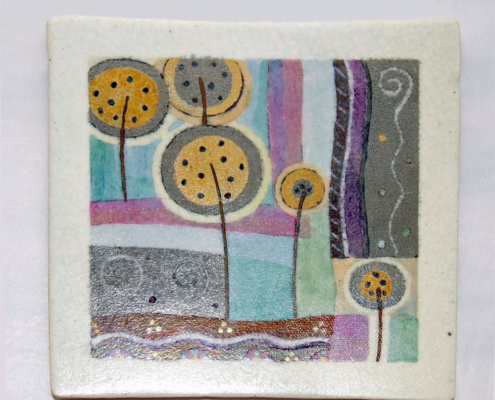 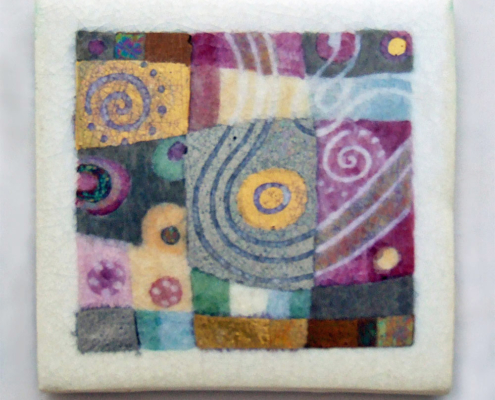