Bridget’s first workshop was established in South West Scotland in 1977 & she moved in 1994 to Herefordshire, where she now has a studio at home.

She has had no formal training, but an interest in oriental ceramics led to her becoming a maker & to the development of her own style & she works exclusively in porcelain, taking her inspiration from Eastern ceramics.

Bridget makes thrown vessels which are classical in form & whilst she specializes in making teapots she also makes other pieces including large vases, jugs, bottles and bowls.

She likes to introduce other materials in some of her pieces, at times incorporating silver and wood in the detailed fittings, such as the handles of her teapots, jars and dishes.

Using reduction firings to produce both copper red (‘sang de boeuf’) and celadon glazes, Bridget uses an electric kiln as well at times, researching & making her own glazes based on those traditionally used in China.

Bridget’s inspiration comes from her ongoing study of examples of decorative arts from other cultures displayed in museums and art galleries as well as from travelling, when possible & her work is represented in both private and public collections at home and abroad. 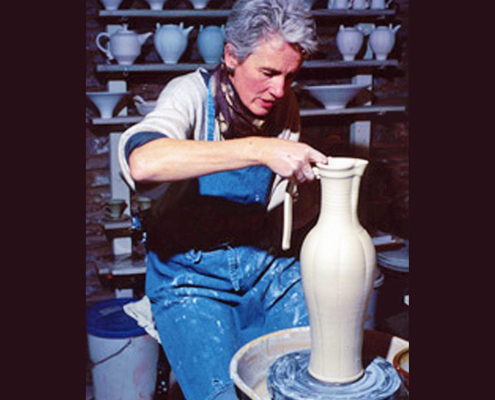 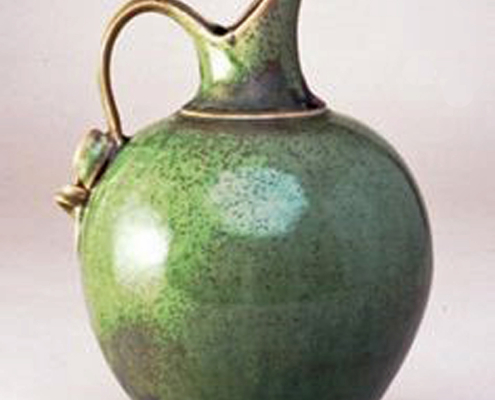 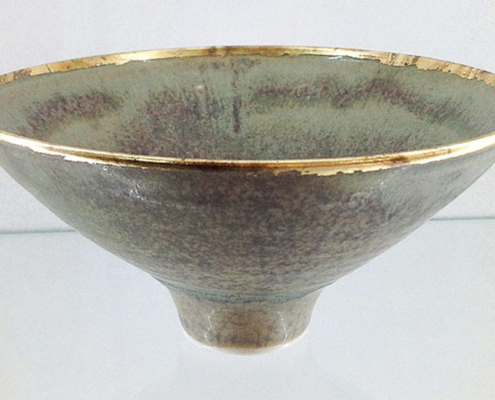 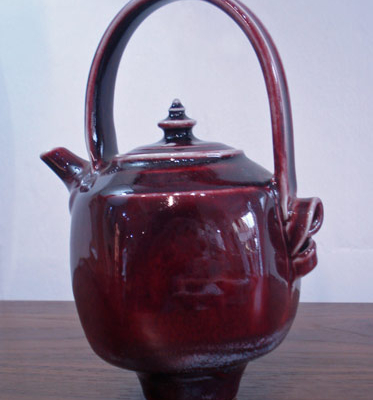 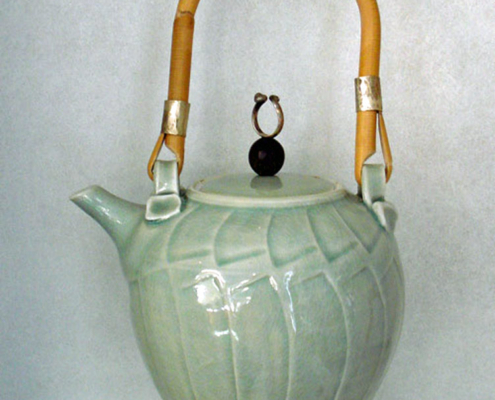